Part One of Three

Solar energy is taking the world by storm, but with panel prices plunging and fierce competition among solar panel manufacturers, there hasn't been a lot of value generated by the panel manufacturers who you would think are at the forefront of the industry. Here's a look at why these devices are such a key component and who to watch in the future.

The Brains Of The Solar System

The inverter is where DC power from solar systems large and small are collected and turned into the AC current the grid can use. In that respect, it's essentially the brains of the solar system.

For utility-scale solar systems, the inverter acts as a hub before power is sent to the grid. Big electric infrastructure players like General Electric, Schneider Electric, and ABB have built large inverter businesses, but solar inverters are a small percentage of their overall sales and none of them are market leaders.

According to GTM Research, that title belongs to Huawei and Sungrow, which are Chinese suppliers and rely on their home market for most of their demand.

On the distributed side of the market -- which includes residential and commercial solar systems – SolarEdge, Fronius and Enphase Energy are three of the biggest inverter suppliers. They play a key role in the operation of solar energy systems around the world. They'll often be the interface customers use when they monitor their solar systems and they are the point at which energy is sent to devices in the home or business or sent back to the meter and then the electric grid.

The fact that the inverter acts as the brains of a solar system helps commoditize the other components.

It doesn't matter if a First Solar, Canadian Solar, Jinko Solar, or SunPower solar module is connected to a SolarEdge inverter, so it makes the solar panel itself less important in any given solar installations. Once an inverter manufacturer has a product or platform that becomes popular, it can tap into the installer market. After all, it's the installers that make the decisions as to which components they want to use for any particular job. That's why inverters hold the power they do today.

About Us: CARBON RECALL® is an Atlanta based clean, renewable energy services company. We provide our partners the opportunity to offer the nations only complete solar energy franchise system to their local residential and commercial property clients. Click one of the links below to view our franchise, or to request more information.

Weekly updates from the CARBON RECALL team. Be the first to know what's new in renewable energy business opportunities. 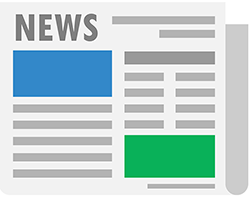 Updates from the Carbon Recall team every week. Join our mailing list and the first to know what's new in renewable energy business opportunities.

Updates from the Carbon Recall team every week. Join our mailing list and the first to know what's new in renewable energy.